Come out and support your Eagles!

St. Matthew’s plays in the Tidewater Catholic Basketball League.  We have boys and girls teams for third through eighth grade. To see a particular schedule for this year, visit the TCBL website schedule page and find your team, division or venue using the drop down menus. 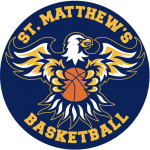 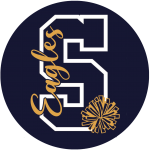 The St. Matthew’s Cheerleading Squads consists of junior girls and  senior girls, ranging from 1st through 8th grade. These cheerleaders support each basketball team with cheers and dance routines during half time. They will also cheer at any St. Matthew’s championship games at Catholic High School.

The cheerleaders cheer for two games each Saturday and are able to ensure they cheer for each team at least once throughout the season.

Our volleyball program consisted of three teams this season. The Blue and White teams were in the Challenger division of the ETIS (Eastern Tidewater Independent Schools), and the Gold team was in the Championship division of the ETIS. They played teams from other schools such as St. Gregory’s, St. Patrick’s, St. Pius X, Christ the King, Beach Breakers, Norfolk Collegiate, Star of the Sea, Catholic High JV and Norfolk Christian.

Our Blue team ended its season early in a first round playoff loss to Star of the Sea.
Our White team finished in fourth place in the Challenger division in the Quarterfinal round.
Our Gold team won the championship this year! Way to go! 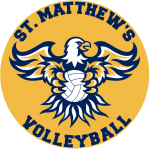 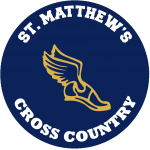 Our Cross-Country team participated in four competitive meets this fall. This season, the cross-country teams competed consistently with our girls placing 5th overall, and our boys finishing in 3rd place. This team was quite young with only a handful of eighth graders so moving forward, our team should gain experience and get stronger and faster in the years to come. Great job by each runner this season!

Fall soccer teams consist of Pre-school through fifth grade age children.  They practice during the week here at SMS and play their games every Saturday at Williams Farm Park in Virginia Beach.

This season, we had a middle school soccer team for the first time in four years. They played nine games this Fall and had wins over St. Patrick’s and Beach Breakers. With a young team and a few first time players, the team learned a lot of new skills to carry them into next season and beyond. 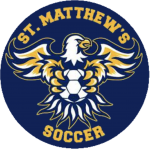 The Golf team competed this season in the TCGL and had some tough matches. Eighth grader Alexis G.  was named the MVP of the league this season and led the team. The team was fighting to keep their streak alive of consecutive TCGL Championships and was successful!  Winning the title this year made it nine straight TCGL championships for SMS. Congratulations! 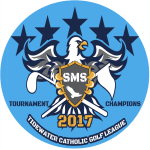 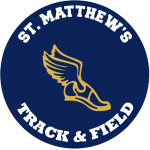 The Track and Field team was compiled of fourth through eighth graders this year. After a two-year hiatus due to Covid-19, the kids were back, running, and better than ever. There were four meets this spring, including the championship meet. In the final meet, the boys and the girls both finished in second place.
What a great achievement after having a few seasons off!
Search